Non-transferable NFTs, popularized by Vitalik Buterin as soulbound, are NFTs that are useful for reputation tracking: they get added to addresses but are non-transferable, so they cannot be sold and permanently assign some modifier to a given address.

In RMRK this is an especially interesting concept as NFTs can be non-transferable inside another transferable NFT, dubbed Soulbound 2.0.

Thus, an NFT like a Kanaria can have non-transferable gems inside it that give it long lasting benefits and bonuses, but cannot be removed, alongside some tradable NFTs as well. 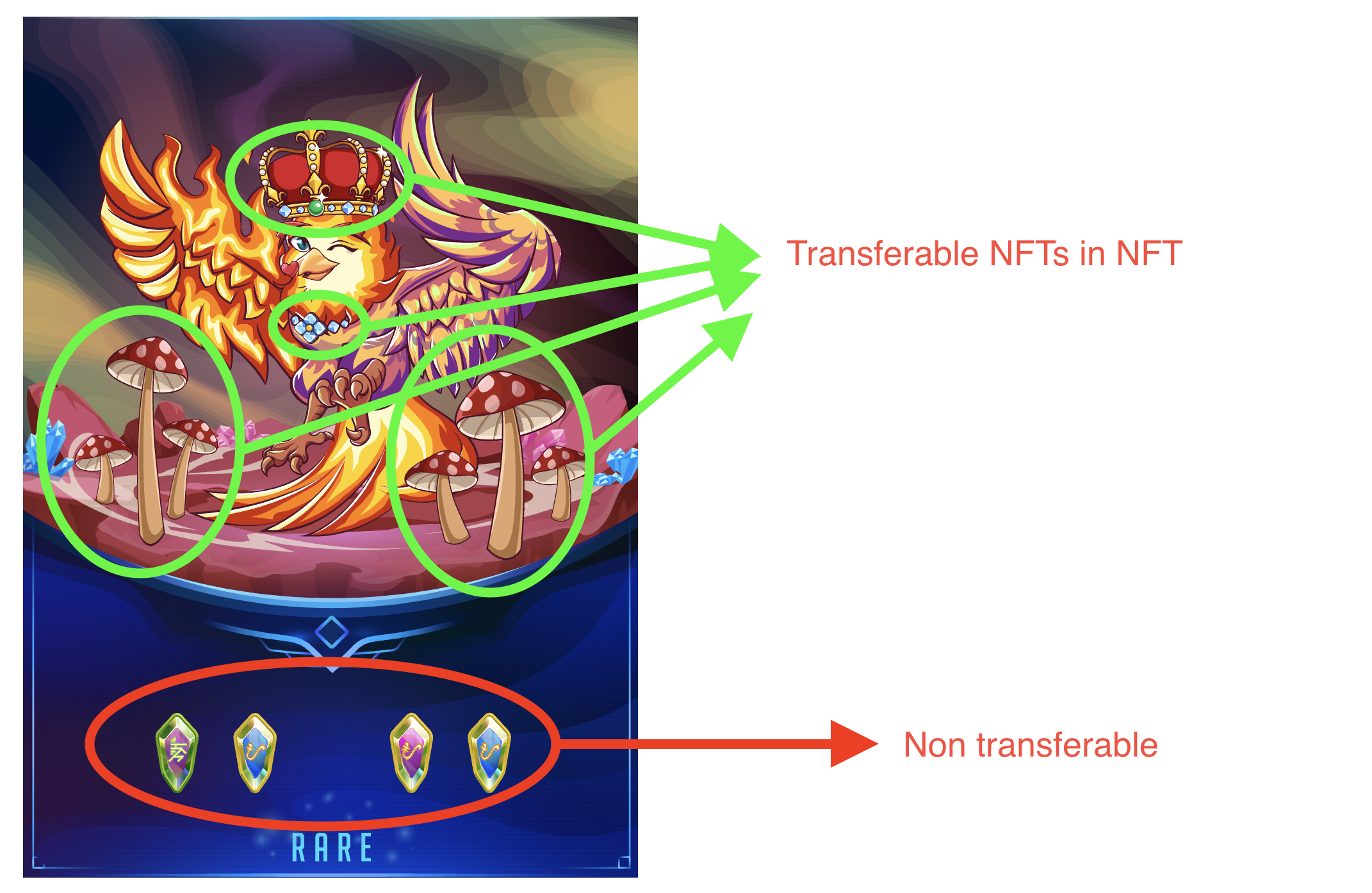 This can be further utilized when dealing with in-game avatars and skill systems. A skill can be learned and "installed" into an avatar's brain, but cannot be removed.

All of the above projects are also part of the global item economy made possible only with RMRK, so that they can have interchangeable accessories that are cross-collection compatible, and therefore get new utility over time, all the time.

The implementations below lead directly to code. For examples of how to utilize them to mint your own NFTs, please refer to the sidebar section for each implementation subtype.