A use case of Mixed Media NFTs.

When talking about in-game cosmetic items, a common complaint of game developers and gamers alike about implementing NFTs into video games is the inability to make the same file compatible across different engines. E.g. a skin file that is mapped to a CSGO model definitely does not work with Fortnite.

This is accurate when looking at it from the perspective of current technology, but RMRK Multi Resource NFTs are uniquely positioned to completely solve this issue.

Let's take for example a Fortnite skin, and a Borderlands skin of Fabio Sparklemane / random horsehead (and let's pretend they are the same thing).

The difference is not just in the rigging of the skin for the 3D model, but clearly visual too - the Borderlands skin needs cel-shaded baking of visual style to get the comic-book lines in, and has flat, pastel colors without glare. The Fortnite skin is more plastic-shiny, going for cartoony with realistic shading.

Naturally, they are not compatible.

So how can we make this into a single NFT which empowers creators through both platforms? How do we get this one asset compatible with both games? 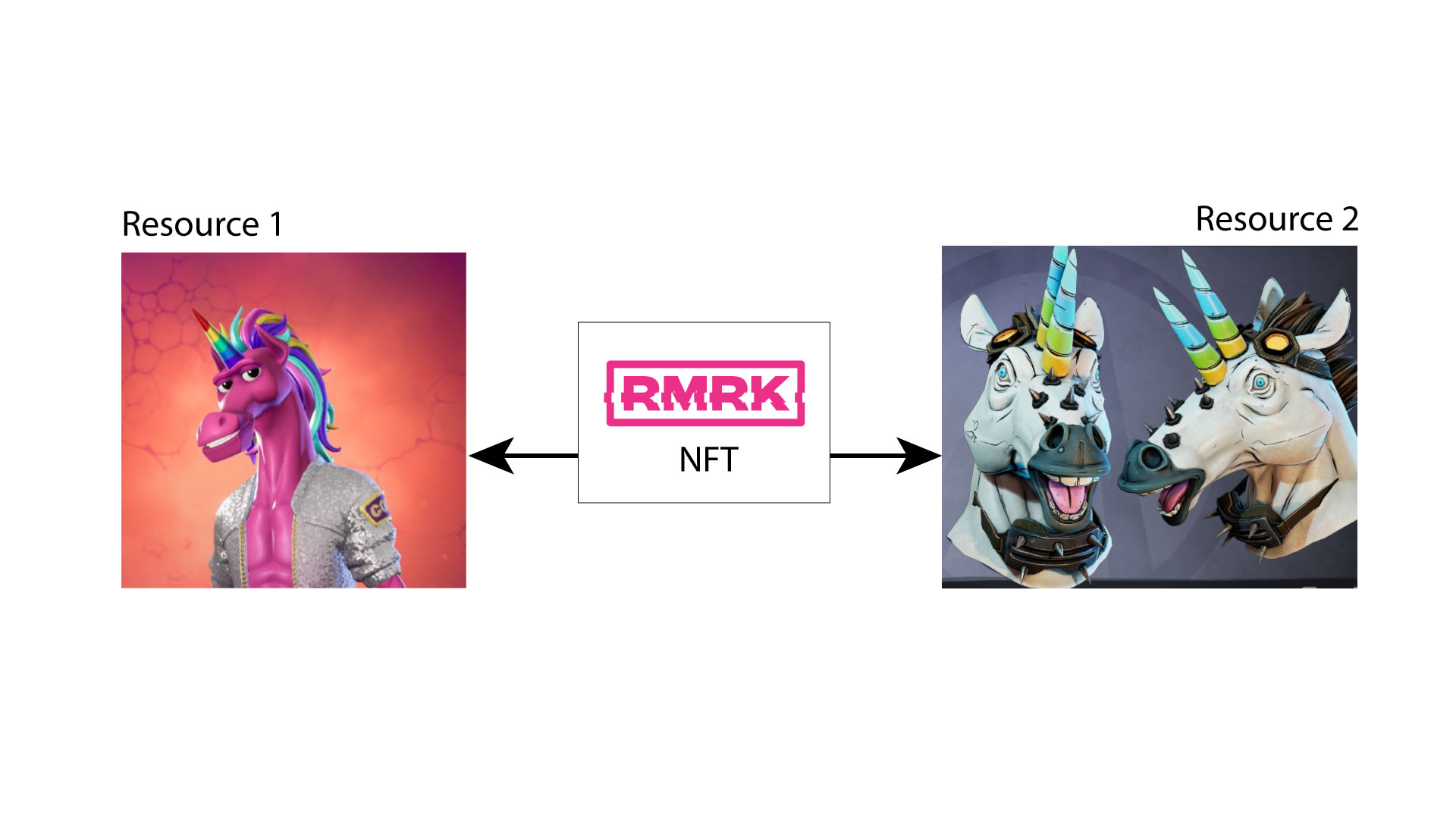 But which one gets shown on the various NFT marketplaces?

This is where priority comes in. Every owner of a multi-resource NFT can order the resources by priority. The marketplace should then, if it follows the standard, read one by one and show the first supported highest priority one.

But what if neither is very good for a marketplace? What if they are both 3D t-poses, or even worse, a skinned texture? 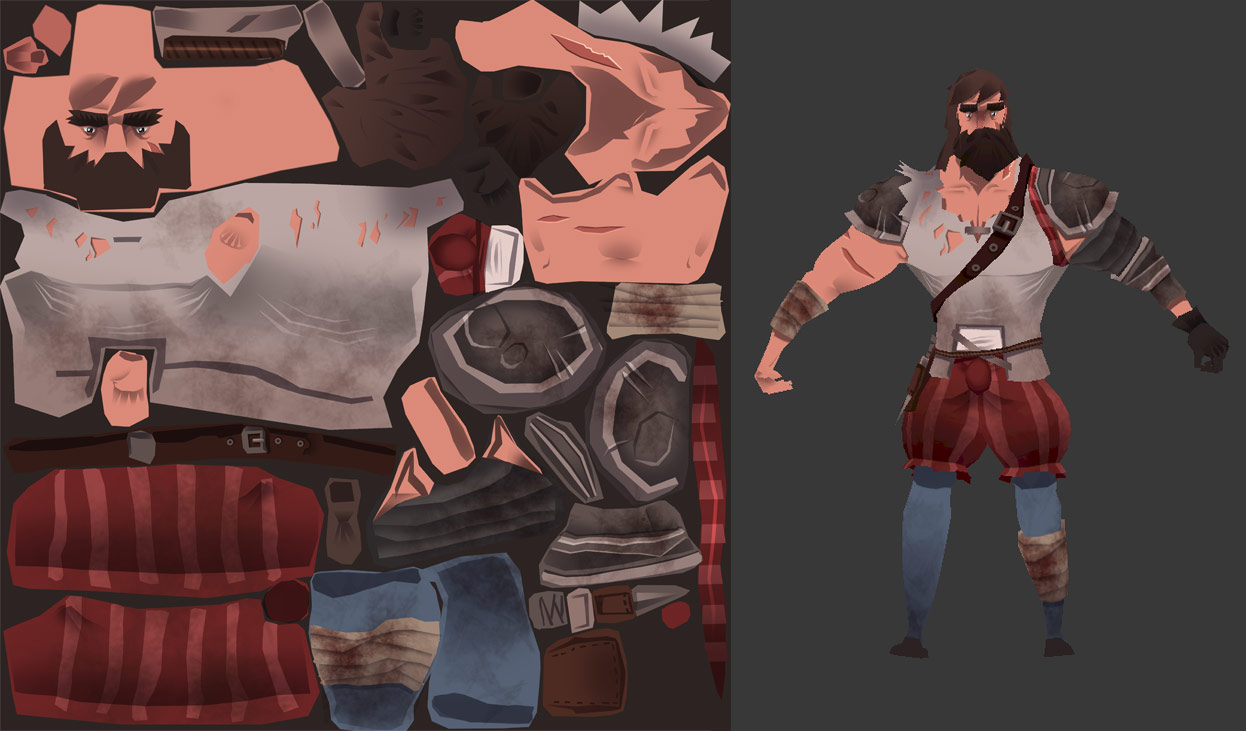 In that case, we can add a third resource, a stylized version specifically designed for display on various marketplaces and catalogs. Kind of a "cover image" for the skin. 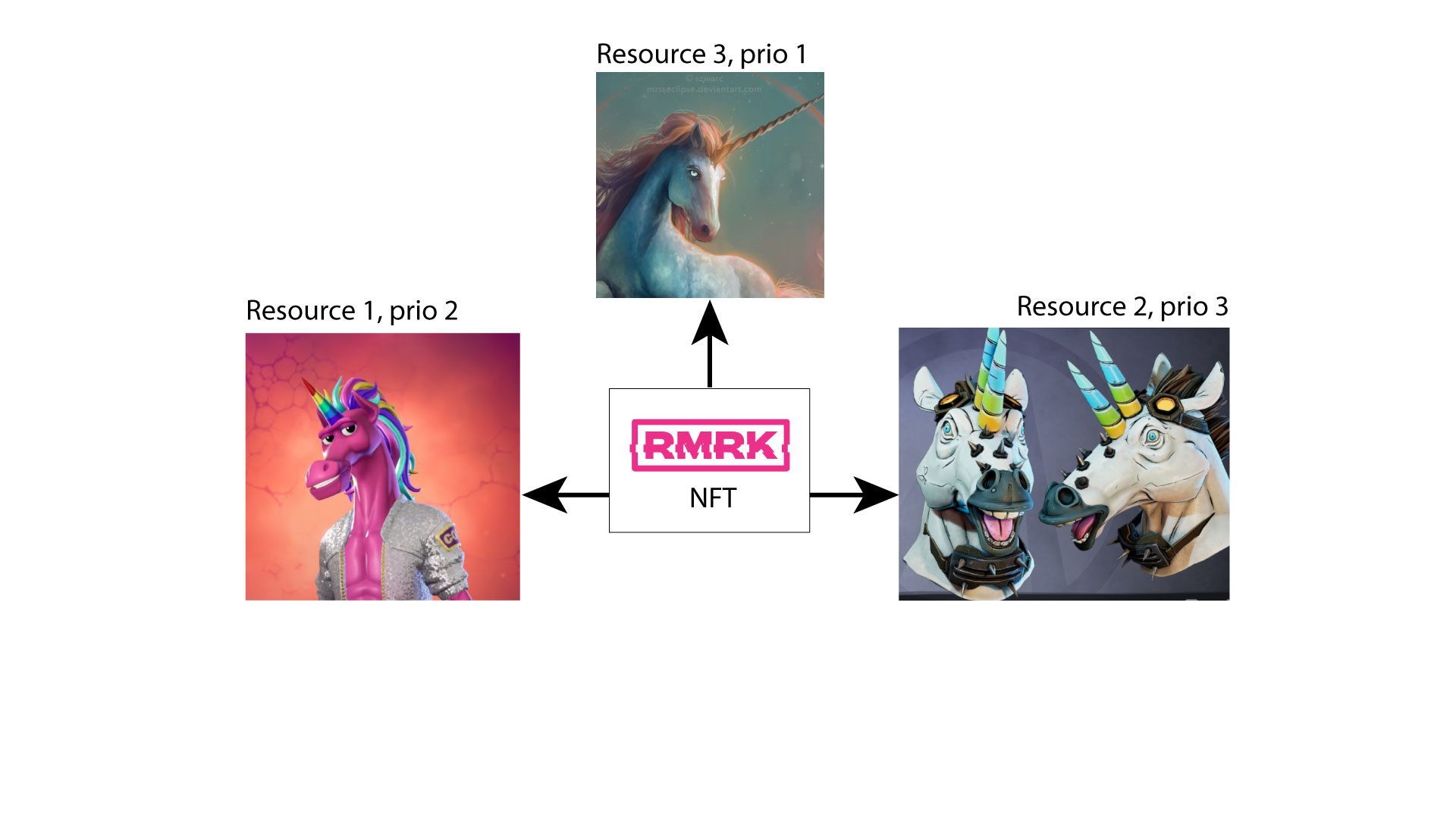 How can AAA publishers expect to use the cost-unpredictable Ethereum chain, or any other public blockchain, for a regularly used NFT infrastructure?

The answer is that they do not have to.

When dealing with an example such as the one above, once it is imported into a game, that is where the skin is used. Read operations on the blockchain are free and carry no gas cost, meaning a game can check if a skin is INSIDE another relevant NFT to give the player access to what he needs access to at any point and for free.

The only time a player needs to interact with the blockchain is when moving assets out of one game and into others, and:

Scaling issues are a non-problem.

Why not do this in the old, centralized way? What is in it for them?#

AAA publishers will never agree to solve this by using old-school technology because they cannot agree on the API and approach to take. Each thinks their standard is best, and as such refuse to interoperate.

Additionally, the ROI is questionable with someone at the helm (and someone needs to be at the helm in centralized technologies), because that entity disappearing can throw everything into disarray. Some entity must run the servers, after all, and keep the infra safe.

A much better option is using generic, unbiased technology (blockchain and a neutral standard), to allow each entity to keep using their own "best" standard, because multi-resource NFTs allow for multiple standards in one object.

As for what is in it for them: a massive, creator-empowering global economy. By making assets cross-game compatible, you breed familiarity with the other brand in all other upcoming and past brands, inherit player bases, prevent vampire-attacks between games and publishers, and perhaps most importantly, allow the unfathomably all-around profitable global item economy.

What about usability / user experience?#

A common concern with NFTs in traditional games is the usability aspect: how do you get the next generation to use wallets, sign transactions, and practice good opsec hygiene. It is a hard problem, no doubt. But: